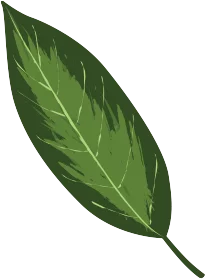 Birds differ greatly in their ability to cope with salty food and water. Birds such as seabirds are able to eat marine animals and drink seawater without a problem, while many songbirds can die if they take in large quantities of salt.

Birds have a primitive, largely reptilian type kidney which, although able to secrete some salt, is quite poor at processing it. The ability to process salt varies between species, but most can produce uric acid with a maximum salt concentration of about 300 mmol/litre. Amongst our garden birds, house sparrows and pigeons are some of the most salt-tolerant species. The capability to secrete salt seems to be linked to habitat, particularly marine environment and drought conditions. This is nicely illustrated by the savannah sparrow. The subspecies that inhabits salt marshes is capable of secreting two to three times as much salt than other subspecies that live in salt-free habitats.

To compensate for the kidneys, birds posses another reptilian feature that serves specifically to excrete salt through the nasal gland.

Nasal glands are able to excrete salt in high concentrations about ten times as high as kidneys are able to. This enables all seabirds to eat fish, crustaceans, and even plankton, as well as to drink seawater. In an experiment, a black-backed gull was given one-tenth of its body weight (equivalent to about 7 litres or 13 pints for an adult human) of seawater. The bird eliminated the entire salt load in 3 hours!

The nasal gland is only active when it is needed to eliminate salt. It always excretes salt in high concentration, and so wastes very little water in doing so. In contrast, a kidney will need three pints of fresh water to eliminate salt from one pint of seawater.

Because most garden birds are poor at coping with salty food, it is important not to offer them anything with appreciable amount of salt in it. As such, salty fats, salty rice, salted peanuts, most cured foodstuffs, chips, etc. should not be offered to birds. It can be difficult to eliminate salt entirely, but very small amounts of salt should not cause any problems, particularly if fresh drinking water is also available.