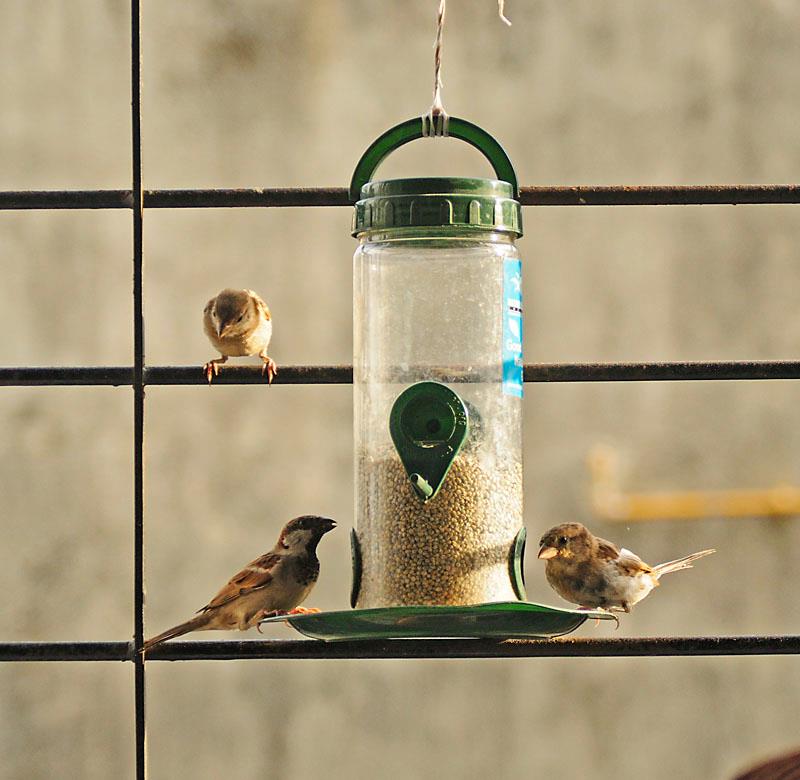 For the past few years the population of House Sparrows has been declining rapidly. While being able to survive in wild easily enough, House Sparrows have well-casted their life style in accordance with human towns and cities and lived among us as our friendly next-door neighbours or forced visitor-cum-residents in our own house as far back as we can remember. Not only is it easier for them to find good food sources around humans but it is also much secure to built nests away from wild predators in human houses where humans either do not bother with them or befriend with them. And, yet even after having sparrows around us they don’t seem to be as happy as they used be in their halcyon days.

There was a time when watching huge flock of sparrows performing sky acrobatics in evenings was a favorite pass-time of folks in villages, towns and cities. But, now all we get to see is a few sparrows tweeting meekly behind bushes and branches. In fact, it’s not only House Sparrows that we should be concerned about; our common Indian birds don’t seem to be as common anymore as they used to be. Why is it so? Their decline can’t be attributed to a single factor. While, the natural habitats of birds are destroyed at large scale every year to construct roads, apartments and the like, it’s also said that the increasing use of mobile networks hugely affect birds. The excessive use of pesticides in crop fields affects birds too, because crops act as an important food source to many species. Thus, it’s important to not only identify the causes that challenge the survival of different species of birds, but also to come up with solutions that people can apply at both individual as well community level.

For example, setting up bird feeder in gardens, parks, balconies and such places can attract different species of birds. Bird feeders may become their prime food source and play an important role to their survival. Similarly, bird baths can be set-up in localities for birds to have access to water easily in scorching summer. People can also put ‘ghada’ and such for medium-sized birds such as Common Pigeons, Spotted Doves or they can build or buy wooden nest-boxes that come in variety of sizes for House Sparrows, Rose-ringed parakeets, Common Pigeons etc. In public places such as clear-grounds, people can litter rice grains or bread crumbs for birds. There are many, many other ways to help birds that we can come up with, if only we are keen enough to save them and watch them soar sky in huge flocks again.

Fatima can be reached at her blog http://pakshiblog.wordpress.com/
www.simplesharebuttons.comSpread the good word