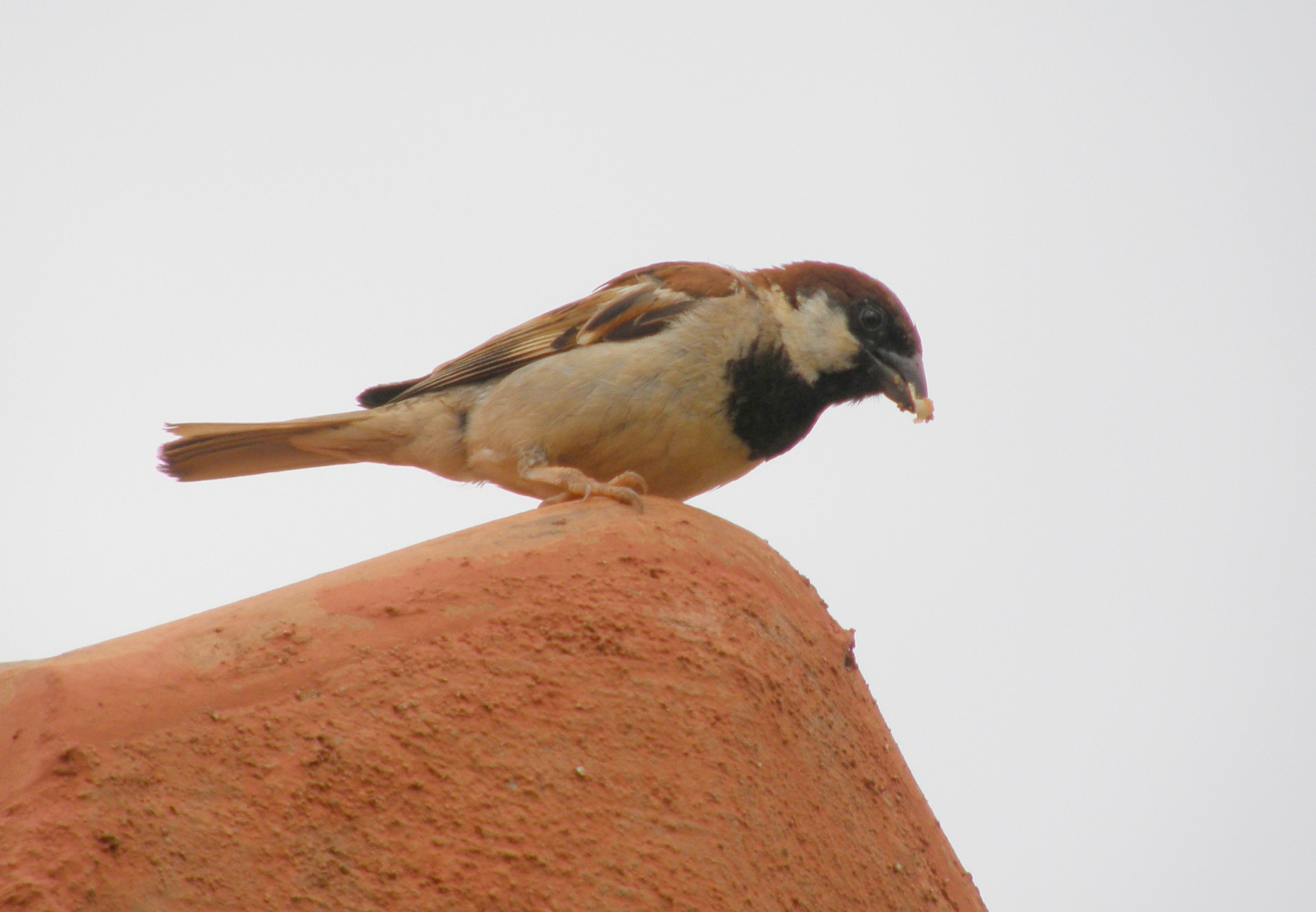 Today, March 20, is World Sparrow Day.
During my childhood in Bangalore in the 1970s-80s, sparrows were a part of our everyday life, much the way rock pigeons just merge with the high-rise landscape today.
Scores of sparrows would be all over the backyard, chirping on the pomegranate and guava trees. Unafraid of humans, the sparrows hopped around on the ground whenever mom cleaned the rice, in expectation of falling grains. (Yes, the rice used to have stones that needed to be removed, and chaff that would blow away in the wind as the rice was tossed up and down on the “morram”.)
My friends and I would spend time counting the males and females, that are easily distinguishable. One of our story books had a tale about why the male has black marks on its neck while the female does not. I couldn’t remember the story, but after searching the internet, found a blog post on this that can be read here.
There were times when we would see the vagabond Tom cat sneakingly stalking the unsuspecting birds as they drank from the pond, and we would run to chase the fellow away with the satisfaction that we have saved them.
It was not uncommon to see sparrow nests between the inner and outer layers of our house’s tiled roof. After the babies were out, and the nest abandoned, we’d be fascinated by the intricate construction and warmth that enabled the propagation of the species.
Slowly, and rather surreptitiously, the sparrows vanished from Bangalore. Common people who may have hardly noticed their disappearance, would be reminded of them years later, only when they found the birds jump onto their tables at Bangalore’s Devanahalli airport.
There are many theories about why the sparrows may have left Bangalore. Over the last few years, several efforts have been made to bring them back. Last year, Gubbi Labs complied a small book “Of House Sparrows and Human Settlements”, that gives the distribution of House Sparrows in Bangalore. The book can be read/ downloaded here.
Sparrows have been conspicuous by their absence in the Puttenahalli Lake/ JP Nagar area. As urban house birds, the lake environment currently may not be conducive to house them. However, people in the neighbourhood can try to get them back into the area. To know how, please read here.
In Mumbai north suburbs, where I currently live, sparrows are abundantly found, and I’m happy that the children around here share some of my childhood sparrow joys. Wish the same for Bangalore too.
===================
Arathi Manay ಆರತಿ ಮಾನೆ
Arathi is a trustee of Puttenahalli Neighbourhood Lake Improvement Trust (PNLIT) that maintains Puttenahalli Lake, JP Nagar, Bangalore. She writes often on her blog http://arathimy.wordpress.com/ and contributes to many websites and dailies. She can be followed on twitter @arathimy.
Image: House Sparrow – Male, Bandipur, May 2009 Credits:Arathi Manay
www.simplesharebuttons.comSpread the good word

2 thoughts on “Missing the sparrows in Bangalore”