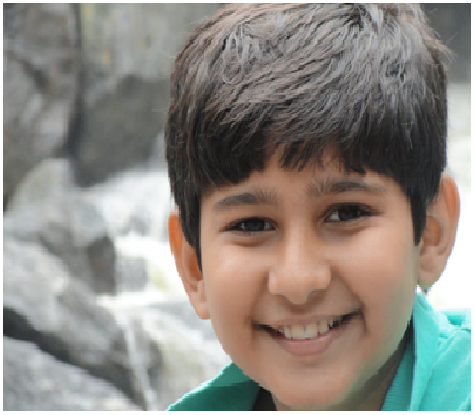 A 12 year old shares his lesson on saving Sparrow nestling from gruesome injury.

Hi, my name is Shreyans N Vyas, I am 12 and ½ years old. I study in VIII Std in Anand Niketan School, Shilaj, Ahmedabad.

It was around 4.30 pm on June 1, 2012 in the hot summer afternoon of Ahmedabad city. I was getting ready to go out to play cricket with my friends in my locality. I was ready with my cricket bat and ball. As soon as I got out of my house, I heard a sound as if something has fallen from a height on to the hard stone surface of my compound. I saw a small nestling squealing on the ground. Seeing this, I immediately understood that the baby bird has fallen off from its nest in the huge Aasopalav Tree in my compound.  I immediately rushed towards it. It was in a lot of pain, seeing this I called up all of my friends.

We brought a soft cloth and kept the baby on it as the floor was very hot and there were many insects like red and black ants which could attack the nestling. Then I bought a packet of Parle G Biscuits and tried to feed the baby. I also brought cold water from my house and tried to feed it with a help of small spoon. One of my friends, brought grains (jawardana) but the baby was not taking it. 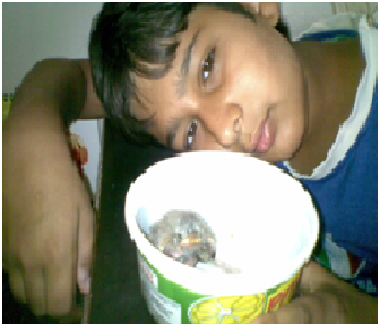 Nilesh with the rescued nestling.

Then we thought that if we move away from the bird and keep an eye on it then its mother would come down and would take the baby away. As we were watching from a little distance several birds of its kind came down and gathered around the baby. They just could not do anything; they simply took away the biscuits pieces and grains but could not take away the baby bird. I realized that the birds are not able to take the baby to its nest; there was fear of nestling being eaten up by some stray animals like cats and dogs or rats and rodents or predator birds.

I then thought to get some help from some organization that works for birds & other animals. I started searching for the phone numbers of such organizations. I got numbers of several organizations in Ahmedabad like Jivdaya Trust, Panjarapole trust and tried to contact them. They told me to wait for some time.

By that time, it was around 6 o’clock in the evening.  Meanwhile, we kept on taking care of the little baby, my father advised us to keep the baby in cardboard box or open plastic container in some safe place. Then, I found on a small Sparrow House at my friend’s home, there was a slogan “Save Sparrow” and a mobile 9890087988 written on it.  I immediately, called up that number and to my surprise I got wonderful response from the other side. He was Mr Oan Dilawar from Nashik who told me that he was from Nature Forever Society. He took a keen interest and provided me with great help. In the process, he got me numbers of several organizations and other nature lovers. I kept on calling all such contacts to get some immediate help.

But since it was almost 9 PM, everyone was either on the way back to their homes. One person named Mr. Kartik whose number (9824025045) I got from Mr. Oan picked up my phone. He gave me a mobile number and asked me to call that number at 10 AM the next day. I took the baby inside my house and kept it in a small plastic container and kept it on my study table to keep it safe from insects, ants, cats and rats etc. Next morning when I woke up at around 7.30 am, I saw the baby was already awake and chirping. I thought it must be hungry and thirsty. I touched the nesting gently and it opened its small tiny beak. That’s how I got the idea on how to feed it. I started feeding the baby with water, glucose water, bread and grains. It looked happy and fine.

Then I went for swimming classes and retuned back at around 10 AM. Immediately, I called up the number (9842061794) that Mr. Kartik gave me last night. It was Mr Gaurav Shah on the line; I talked to him as requested for the help. He told me that he will be sending two boys to fetch the nesting for a proper care and treatment. Two people came at around 11.15 am and took away the baby bird. They told me that they will take it to Panjarapole (Jivdaya Trust) for treatment and further care.

I felt a great relief and satisfaction on saving a small baby bird and a little grief of departing from such lovely small little friend. I was very well supported by my friend Malav, Nilay, Aarsh and others. I am very thankful to them also. I am thankful to Mr Oan Dilawar from Nature Forever Society for the guidance and getting us in contact with the right people who rescued the baby bird.